Last night Jordan accidentally hit Goob with his car as he was coming up the road. He said Goob just darted out as he came by. He thought it was a raccoon. He swerved which I don’t think he normally does. That swerve probably saved Goob's life.

...my dad came running in and said he need us to come down. It was midnight. When he said Goob got hit I ran and got my shoes and bolted outside. As we got in the bulldog to ride down there and I had to talk myself out of a frenzy. i was freakin out. There was a blood stain in the road and Goob’s collar. The woods down there were thick so i called for him with the flashlight for a minute or two and then just took off into the woods. I was terrified at what I could find. Was he dead? In horrific pain? Was he even still in one piece? If my brain could’ve thrown up from the shock it would’ve.

My first cat, Nacho, back in 9th grade got attacked by an owl when he was a kitten and then a year later died from a kidney infection. He pretty much died in my arms. To see your pet dying right in front of you and not be able to help it is beyond heart breaking. it’s like a knife in there twisting back and forth.

Our next little kitten got grabbed by a big dog in it’s mouth. It was only for a second or so before we hit the dog to let it go, but it broke the little cat’s back. When we got him inside the little kitten acted totally fine accept he wasn’t moving his back legs. I didn’t understand. My dad took him out back to put him down. I still don’t have any idea where my dad found the strength to do that. I couldn’t have. We’d only had the kitten for days. I cried a lot that night.

Felix was a great big black cat who kept us company for several years. Up through 1 or 2 years in college. He liked to sleep on top of the garage door (when it was up). My dad called me at school one day and said he’d somehow gotten crushed when the garage door got put down. I think he said the neighbors found him there, still alive. The thought of him being stuck there suffering makes me so angry that I wasn’t there to help. Furious. And sick.

I was saturated with that feeling of sickness and rage that Goob’s safety and condition weren’t in my control last night as I ran through the woods looking for anything and calling out for Goob trying to make my voice sound normal and not terrified. But I was. I was terrified at what I would find, but even more terrified that I might not find him and that he’d die out in the woods alone.

I think maybe we must’ve scared him back up to the house going through the woods. Whatever it was, when Jesse yelled she found him I bolted up to the house. When I went to pick him up he was obviously in shock but when he saw it was me he calmed down and let me pick him up. His face was swollen and bloody, but everything else seemed okay. We took him to the garage and I held him until my dad found a vet that could meet us. I was holding him in a sheet because his blood was getting all over. He was meowing for a while, but actually calmed down; like he felt comfortable enough to relax and rest. I just thanked God that I was able to hold him no matter what happened. Just so thankful that we’d found him.

The vet took him and said he’d take care of him and we went home and washed the blood off our hands. We sat there thinking how lucky we were that it had been Jordan that hit him and not a stranger who would’ve just driven off. The fact is, we all fly up and down Tate Lane and it could’ve easily been any of us. And the fact that he was still in one piece with seemingly no internal damage is miraculous. How many animals just get hit and left? How many people's pets just disappear and are never heard from again? Makes me sick.

Love is such an bizarre thing, you know? We present it as this all around great thing. It makes everyone feel good and happy. And truly, my greatest joys in this world stem from my love for others and their love for me. But at the same time nothing in this world hurts more than love. To lose or have hurt that something or someone you love is mind bogglingly painful. Last night I just laid there writhing in bed. I could barely keep still. My very being was just so uncomfortable and in pain at the thought of not being there for Goob if something went wrong in the night. It’s just staggering how painful the other end of love can be. 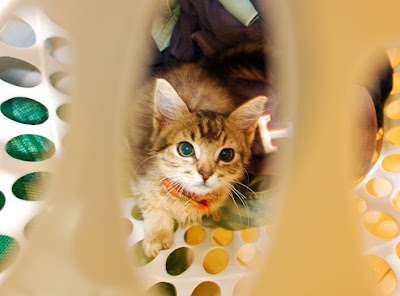 I think anyone who’s communicated with us in the last 2yrs has a pretty good idea how much we love Goob. He was literally one of our greatest sources of joy through our years in Jamaica. The thought of losing our little peace corps cat is simply devastating. I know he’s a cat. But if any cat on this planet could possibly understand one iota of how loved and adored he is, it’s Goob. If any cat has any grasp whatsoever of this concept of being loved, it’s him. 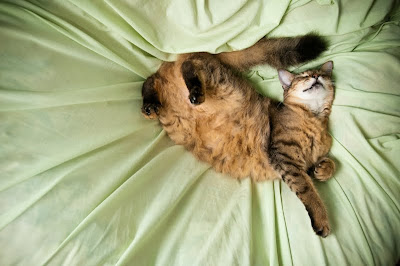 We went and saw him at the animal hospital a few minutes ago. He was fairly sedated. He looked tired and swollen. They had an IV in him. The vet said his jaw had broken in the middle which was fairly common, but also that the palette at the top of his mouth had split and could cause sinus problems later on if not fixed. Also maybe some small fractures in his nose. Going to do some surgery tomorrow and should be okay to come home Thursday. I think he's going to be fine, but I don't want to get my hopes up until Thursday.