well i'm here at work working. our building is actually closed today but that means nothing to my company. luckily they said we could go home at 1pm, so that's awesome. so while i sit here designing storm sewer, you may enjoy my photography skills.

here are some sweet pictures from up on the hill at jesse's families new property. it looks like the horizon is on fire. 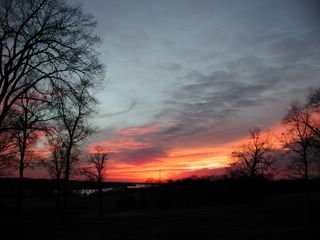 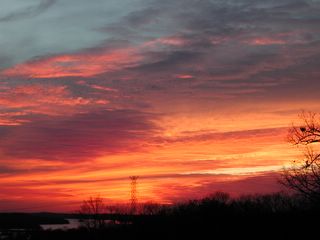 and here are some Glamour shots by Dudley. 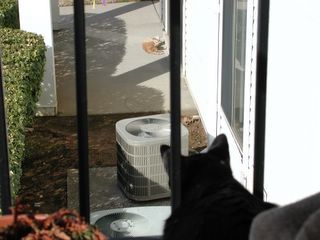 you better know dudley smells what you're cooking. 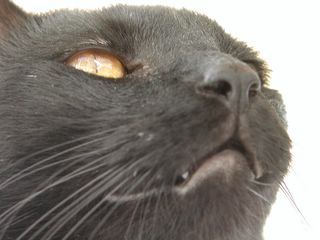 billy has a new blog where he posts lots of cool links. so if you weren't priviledged enough to get his emails, now you can feel slightly above unpriviledged. check it out:

Your overall intelligence quotient is the result of a scientifically-tested formula based on how many questions you answered correctly. But it's only part of what we learned about you from your answers on the test. We also determined the way you process information.

The way you think about things makes you a Creative Theorist. This means you are a highly intelligent, complex person. You are able to process information of nearly every kind with ease, using both creativity and analysis to make sense of the world. Compared to others you also have a very rich imagination.

When we examined your test results further, we analyzed how you scored on 8 dimensions of intelligence: spatial, organizational, abstract reasoning, logical, mechanical, verbal, visual and numerical. The 3 dimensions you scored highest on combine to make you a Creative Theorist. Only 6 out of 1,000 people have this rare combination of abilities.

this was a pretty fun IQ test (if that doesn't work just try http://web.tickle.com/ and look for the IQ test). at least you have something to prove on this kind of quiz (as opposed to Which Movie Mom Are You? character you are most like).
Posted by Josh at 5:09:00 PM 10 comments

i can't even spell 6 months

...let alone imagine working for a place that long, however, as of yesterday i have been working for my company for 6 months exactly. pretty crazy. it really only seems like 2 or so, mostly, i think, because things were so hectic up to about september that things didn't slow down to the pace of life till after the wedding and whatnot. anyway, i think i'm pretty pleased with the way things are going. i'm learning a lot and actually enjoying the job nowadays. i'm more involved in projects rather than just picking up slack here and there. i feel like i handle the amount of responsibility given to me well. and from what i gather, my employers are really pleased with my work and efficiency. that's really great to know that the peaople you work for are happy with what you're doing. it helps you work harder and makes you feel better about your work thus far.

now i just hope we can find something for jesse. she has a job at a temp agency, but obviously that's not what she went to school for. it's not bad and she gets paid well, but it's just not what she's into for the long haul (not really even close). and the place she works for is looking for someone fairly permanant to fill her position unless she wants to stay. they seem like they've been very reasonable and accomodating so far. but i'd rather her make less and work in a field she was at least interested in that the opposite. we dont need the money... but it certainly makes things easier. 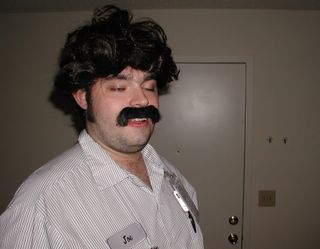 
King Kong this friday. should be really great. i took jess to see Pride & Prejudice on sunday. i think i actually liked it more than her. however, whereas she had very high expectations for it, i had none. i dont even like those victorian set movies much either. but i knew nothing about it and rather enjoyed the story.

the rest of the weekend... not as fun. almost, but just not quite. it could've been because we spent all saturday helping my mom move into her new apartment, but i'm not really sure. i dont even know how to act around my mom now. i'm so upset and frustrated because this whole thing is so stupid that i feel like i can't act normal around her. so rather than say something mean, i just dont say anything. so much fun. i can't wait for Christmas!

i was scratching a dried piece of cheese off a plate from the dishwasher yesterday and it sharded off under my thumbnail. it hurt a lot and bled. stupid dried cheese. 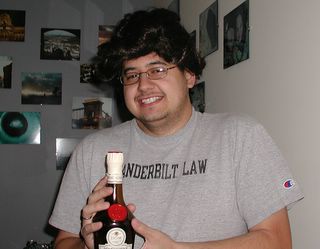 (byran and that wig... wow. can you imagine running into this guy on the street?)


i'm tired. got up at 5:45 this morning to make it to work by 7 (traffic is amazing at 6:30am!) because we had a group breakfast and we drove around to look at job sites. it's fun seeing things built that you helped with. i can't wait to see one of mine getting built.

speaking of work. i got a Christmas bonus the other day. which i was pretty excited about. maybe i have the wrong attitude about the bonus. i dont know. i made the mistake of calculating up my average overtime over the past 6 months and comparing it to the bonus amount. yeah, it didn't come close. but jesse says it's not supposed to be payback for that time, but rather a gift for their appreciation of you. i think maybe that's true, but i also think it's supposed to be payback in a sense because that's how it was explained to me when i asked about the reason behind everyone working overtime. anyway, i was just a tad disappointed. i mean, i'm glad they seem to really appreciate my work and that i even got a bonus. i just feel very mixed about the whole things right now.

anyway, back to work. i just had a few extra minutes here while i waited for a guy i work with to get back.

If through a broken heart God can bring His purposes to pass in the world, then thank Him for breaking your heart.

that's from My Utmost (November 1). i printed that out and keep it in my desk. it speaks so loudly to me (particularly with all this year's goings-ons). it just almost brings me to tears everytime i read it.

i wish my mom would read it. i wish she would read anything. i want so badly for her to see what my dad, myself, jordan and everyone else in the world but her sees. that reading for November 1st probably meant more to me than anything else i've read. it was just... right on. so powerfully blunt. it's hard sometimes, but i love how there's just no halfway, no middle ground with Chambers' writings. he doesn't soften anything. everything just has a "carved in stone" feeling. uncompromising and non-negotiable.

i admit, i did think Xmas was disrespectful

...but here's some good (and enlightening) information. my co-worker steve said he woke up today wondering how we ever came to write "Xmas" rather than "Christmas". i too wondered about that and was appreciative of steve's inquiry. here's what he found...

Xmas
This abbreviation for Christmas is of Greek origin. The word for Christ in Greek is Xristos. During the 16th century, Europeans began using the first initial of Christ's name, "X" in place of the word Christ in Christmas as a shorthand form of the word. Although the early Christians understood that X stood for Christ's name, later Christians who did not understand the Greek language mistook "Xmas" as a sign of disrespect.

(courtesy of The Symbols and Traditions of Christmas)