Regardless of how you feel about a certain issue, learning more about it and the people it effects can't be a bad thing right? Education benefits everyone.

I would encourage anyone with an open heart to watch 13th on Netflix... gain some perspective and understanding on this country's most divisive issue. See how far we've come... and how far we have to go.

Because, regardless of who won the election (or rather, despite), this is an opportunity to stop repeating the old mistakes, stop having the same arguments, stop judging people the same way and start reconnecting.

Instead of being defensive, look for opportunities to step out of your normal. Get outside your regular world and share a moment with someone you typically wouldn't, whenever you can, and start to reconnect with each other.

Look for chances to learn, to question your opinion, to grow and change; to surprise someone with patience and kindness and generosity... to speak up for the downtrodden.

No one man or woman put into power will solve our country's internal struggles, but neither will insulting the other side or delegitimizing the oppressed. We can't blame and neglect our way to a solution. We created this mess, this environment of defensiveness, this divide, but we can make things right together...

as one nation, under God,
indivisible,
demanding liberty and justice for all. 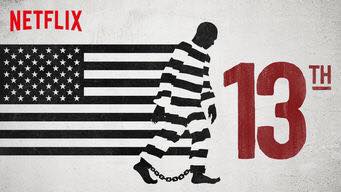 Hillary is no Marty McFly, but I feel like this is Back to the Future, America is Lorraine, and she just chose Biff.

The bully won tonight and I have to explain to my daughter why there isn't a female president yet. I get to try and explain what everyone is so scared of... because fear also won. fear of people different from us, foreign and domestic, fear of oppression...

We just elected the worst example of a human I've ever seen, into the most powerful role in the world. You saw he was sexist, a bully, ill- tempered, apathetic to input, incapable of speaking sentences like an adult and yet... you still picked him. YOU HEARD THIS MONSTER SPEAK... AND YOU STILL PICKED HIM.

I'm furious. I feel betrayed, left in the heat of battle by the cowardly soldier trying to save his own skin.

My family picked a known sexual predator over a woman who they think is "corrupt". Fuck them so much. I'm furious with their ethics and blatant double standards.

I dont know what I want to happen more... for trump to skate by on the experience of those around him and not cause much damage, or to totally fuck shit up so theres a revolution in 4 yrs and we can finally learn this lesson.

That podcast from Malcom Gladwell, Revisionist History, pretty much called it. Australia went through this same thing with their leadership. They had their first female prime minister and then voted in a trump-like figure, someone who was a sexist, asshat. They're still fighting for gay marriage.

I just feel numb. I can't even begin to grasp the ramifications of what we just did.

What if we tried the Civil War thing again but without the war part?

I guess I'm going to bed. I'm so sorry Isobel. 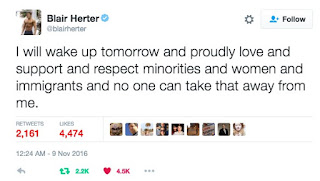 My old host dropped my photography website so I'm redirecting to my old trusty blog for the time being. I haven't posted in a while, which is a shame because there's nothing quite like reading what 10yrs-ago-you had to say about something and being fairly embarrassed but also happy that that's not exactly you anymore.

As a dad of two little ones, my current photography endeavors are limited but they'll return one day. For now I'm the full time photographer for my family and friends... and I'm perfectly fine with that. All things in good time.

That and I still listen to tons of new music and try to share a new mix every month. So here we go... back to blogging and music and life.

(All past mixes and more can be found by clicking on the Spotify badge in the right margin)
Posted by Josh at 12:06:00 PM 1 comments