Starbucking with the Cold War Kids at the Tokyo Police Club*

*this title makes no sense whatsoever.

great weekend. played frolf, laid around a lot, and when to a fantastic show saturday night. Tokyo Police Club opened for Cold War Kids saturday night at the Mercy Lounge. it turned out TPC's drummer was ill and couldn't make the performance, so rather than canceling or bowing out, they decided to attempt it more acoustically (which was odd because they aren't that acoustic).

so they played the first few songs with just guitar and piano and then decided that everyone from Cold War Kids and the first band, Delta Spirit, should come up and help with percussion. there were about 12 guys up playing and beating on everything. the songs sounded totally different from anything on the CD (which was a disappointing fact), but this new "everyone up to play TPC songs!" was awesome. there was so much energy.

it was just a blast watching them. as jesse put it, it was almost anticlimactic when just Cold War Kids (the opener) went on! low and behold though, a few songs in, everyone came back up to play CWK songs. so much fun. they all put on a fantastic show. beyond my expectations. 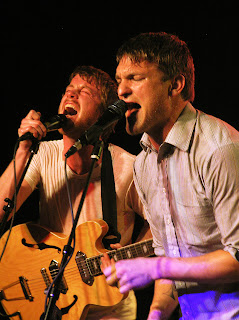 then on Monday night we went to see the documentary Starbucking. in a nutshell, it's about this guy whose goal is to visit all of the Starbucks in the world. to keep it in perspective, he started this when there were only a handful across the US, then they exploded all over the place, but he figured a goal was a goal. i'll be honest, jesse wanted to see this one. i... did not. i did not see the appeal in watching a guy drive around and visit starbucks for and hour and a half. however, about halfway through the movie, the movie's message seem to take shape. it wasn't about Starbucks. the guy has no affinity for the company or what it stands for or all the random coffee drinks it sells. he's never even had anything other than straight coffee from the place. he just chose starbucks because they seem to be everywhere; as someone in the movie put it, 'they're part of our man-made environment.' and it's true. it's a great constant to work with in such an experiment. so all the guy (Winter) does is work and travel to Starbucks. his point for the whole thing being (and this is the part that i really didn't expect to get from this film or the man starring in it) that in this world of incredible technology and wealth, merely surviving should be no one this planet's goal each day. in our world, the fact that almost 6 billion people work for survival (not music, or art, or anything "extra" in life) day in and day out is ridiculous. and i was really surprised at how "on the mark" that was when he said it. i wish i could remember exactly how he put it. to continue the point, the goal of the starbucking mission was to show people that's it's okay to dedicate time to things other than working 40hrs a week and sleeping in a bed... there were others but i can't remember. IRregardless, it was an interesting movie. and what was really neat was that he was there afterward to answer questions. i asked him one about other goals conflicting with this one and he said 'yeah', he also wants to be a Scrabble champion. apparently he plays Scrabble with the guys in Word Wars, so that's pretty neat. (it also explains a lot about his obsessive compulsive behavior.)

it was definitely worth the trip out to the Belcourt.
Posted by Josh at 6:49:00 AM 6 comments

we just watched this movie last night. jon murphy recommended it to me and now i'm doing you the favor of passing that recommendation on to you with an upgraded "highly recommend." it was hilarious. robert downey jr and val kilmer are just fantastic in it. i was particularly impressed with val kilmer. both have such great timing.

this was segment from the film that just caught me so off guard i had to rewind it. it might not make sense to you if you havent seen it, but who cares. they're so sarcastic with each other and this is just such an over the top sarcastic improv (improv in the movie, not in actuality) moment, i had to share it. (Harry is RD jr. and Gay Perry is Kilmer. he's gay and his name is Perry. brilliant.)


Harry: That girl tonight, man, I'm tellin' you, she had this... quality, like... like the girl in high school, you know the one you could never have? The one that still haunts you?
Gay Perry: I had that. Bobby Mills.
Harry: You should, um, track him down. I got five bucks says you could still get him.
Gay Perry: That's funny. I got a ten says, "Pass the pepper." And a couple quarters that do harmony on "Moonlight in Vermont."
Harry: Huh?
Gay Perry: Talking money.
Harry: Talking monkey?
Gay Perry: Yes, a talking monkey. Ugly sucker. Traveled here from the future, only says "ficus."

last sunday, steven and i went downtown and walked around and took pictures. it was really awesome walking around doing nothing but looking for photographs. i rarely take the time to do that. i set myself a goal of actually engaging people (because i'm bored with "stuff") and i felt it went really well. people are very receptive and you just have to figure out how to capture them in the short amount of time provided. anyway, we had a really great time. i haven't even gone through all the pictures yet, but i put the ones i really like up on Flickr. i'm really proud of them, so if you get bored and think about it, you should check them out. 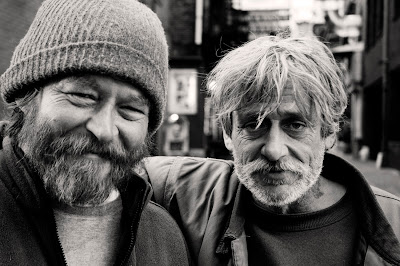 talk about another fantastic weekend. this one was just thoroughly enjoyable. jon and aaron came into town thursday night for a Predators game and then then stayed through sunday morning. friday i took the day off and we all went to see the Shins play at the Ryman Auditorium. it was incredible. they sounded awesome. it would've been perfect had it not been for these guys: 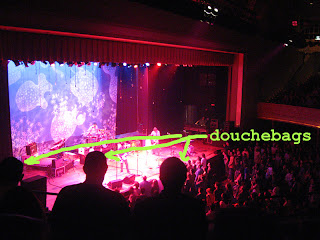 they stood the entire time. they were the only people on our side of the balcony that stood which in turn caused everyone to have to stand the entire time. not the worst thing in the world (it certainly didnt ruin the show) and maybe "douchebags" is strong, but it's just the total lack of thought for anyone else that gets me, not the standing itself. here's some video (i didn't video much because i didn't want to get banned this early in life): 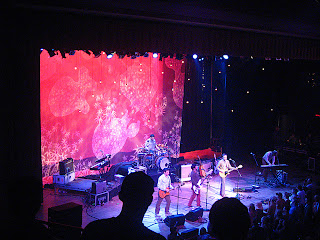 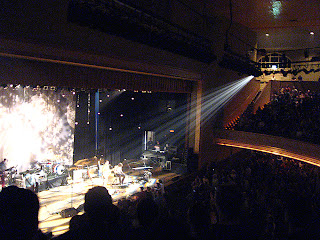 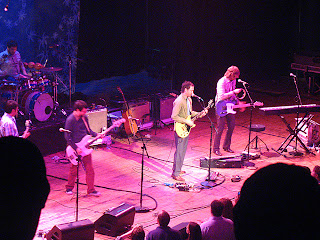 then on saturday we went Frolfing! such a great day for it. steven reed came into town and the 5 of us went for a round. team josh-brian-steven beat team jon-aaron by 2! and it was good. 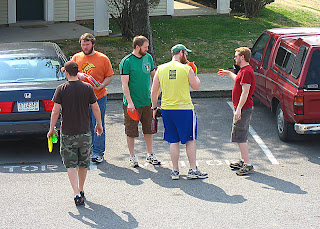 then we came back and played guitar and Wii at our apartment. and it was great. and then we went to Mazatlan for food and margaritas. and that too was great. it was an odd mixture of friends so i'm glad it went so well. thanks to everybody for coming and blending so well with each other. i had a fantastic time. 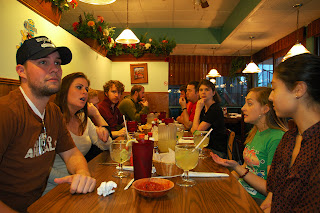 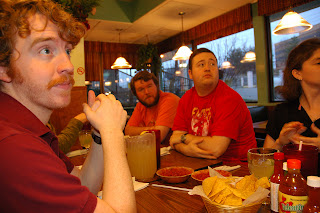 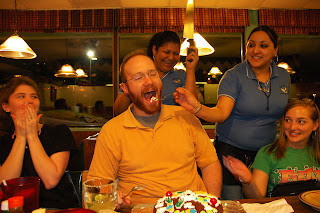 (i had my eyes closed because in my experience they try and put whip cream everywhere on your face.) 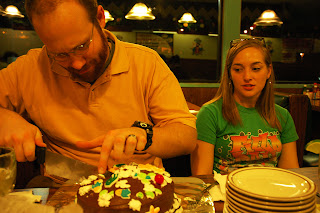 and then to finish things out we went and saw 300. not the most complicated movie in the world, but a really fun film to watch. it looked beautiful. and i see that todd DIDN'T care much for it because of the lack of "reality." to this i say, "todd, you ignorant slut." no not really, i agree with there not being hardly any reality to it (they didnt eat/sleep/poop) but i thought that made it cool. i thought it was awesome how all they did was fight. it made them seem more like superheroes or something. i liked it. and i really feel like i need to workout now. a lot.
Posted by Josh at 2:07:00 PM 3 comments

some before & after shots (respectively) with my neighbor's jaguar. 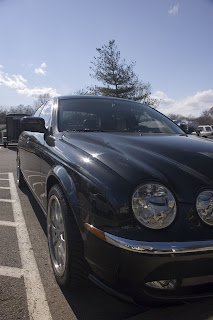 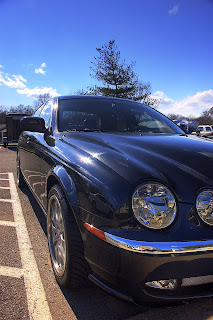 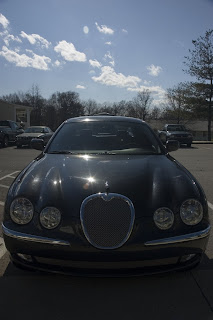 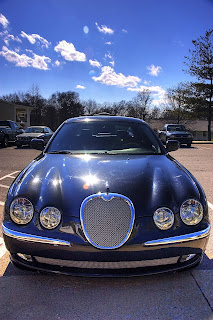 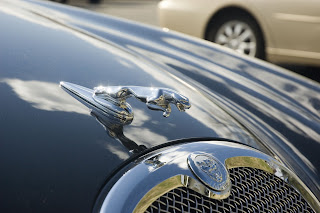 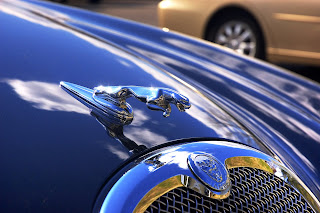 here are some examples that i don't care much for: one, two, three, & four.

well, this has certainly been an enjoyable day

first off, the clouds outside were exquisite. i love a good cloud day. (and the sky just got more awesome, so i'll be posting some more.) second, our boss took us out to mexican and i had chicken nachos (covered in liquid cheese) and they were excellent. then we celebrated march birthdays with ice cream and cake. cha-ching.

the next topic is HDR photography. i'm just starting to dabble with this, but i find it rather interesting. i wont go into how it's done, but it's basically combining multiple exposures to visualize the entire visible spectrum. 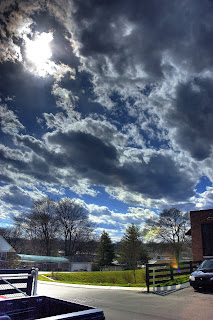 notice how the range of color and light span the whole picture? and you can make it look more or less real than that, but it gives you the idea. here are the others i tried with it. 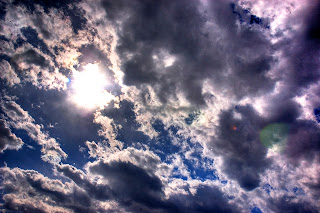 (did you find the little plane?)

look how cool the car looks. i'm going to try that out more. this process produces a bit of noise, but, yeah, i dont know. (and the clouds aren't clear because they were moving very fast and i did this the multiple picture way.) 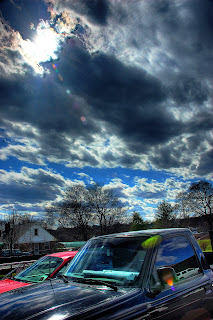 this is funny. i never knew how to do this, but it's so incredibly easy (with the right tools of course). if you have photoshop and want to try this just let me know and i'll explain it in 2 steps. 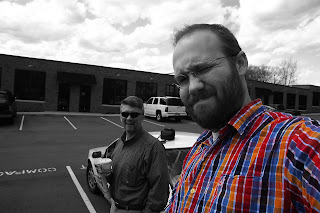 here are a few more. the first 2 are more HDR and the last are just messed with in photoshop. 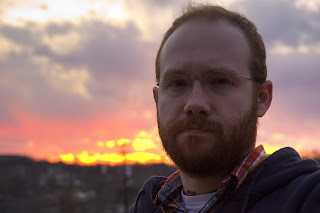 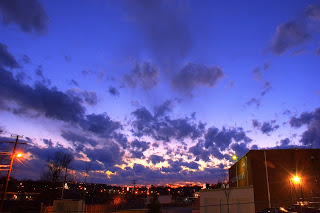 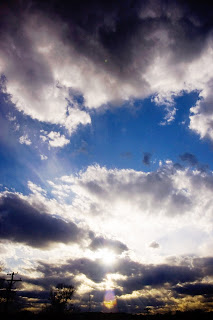 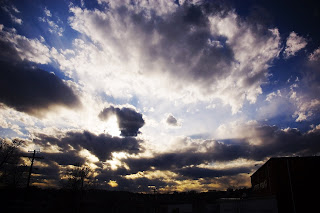