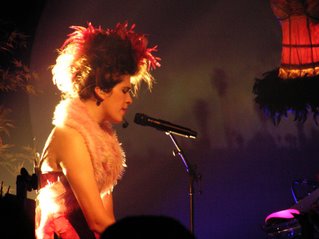 well, that about wraps up the "concert crunch" we had there. 3 major shows in 10 days time. i think the rest of the year is fairly light. in fact, i dont know of anything at this point, which is probably good. means i can save some money for christmas. 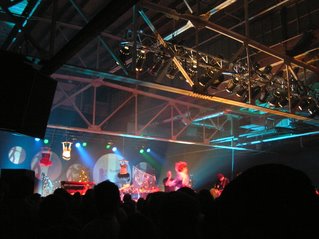 this was a really great show. it was funny at first because she came out in that getup singing like, arabic type music and it was all very intriguing... and then her equipment messed up and she was all of the sudden a normal funny person. i actually have it on video. she was a very nice seeming person. and she didn't scare me like regina. 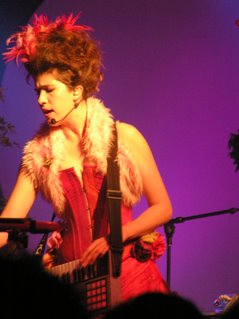 how awesome did these pictures turn out?? i figured out that proper exposure or not, i can't hold the camera steady enough to take anything slower than 1/15 to 1/20 without a tripod. so that's what i did. plus she had great lighting up there. it was awesome and really helped me out. but seriously, you can see how far back we are in that previous picture (and actually, that's probably zoomed in a bit), so some of these were taken at 10x zoom. even in broad daylight it's tough to hold steady at 10x, so i was very happy with these. 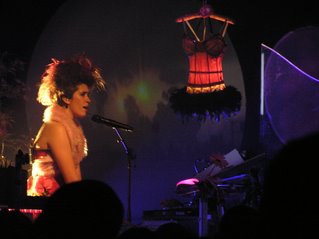 i have a couple more videos (of course).

Regina Spektor at the Exit/In

well, God came through again (having said that, i don't recall a time when it anything other than that happened). we got in to the Regina Spektor show. it was great. she was great. and it wouldn't have been possible without God's smooth planning. 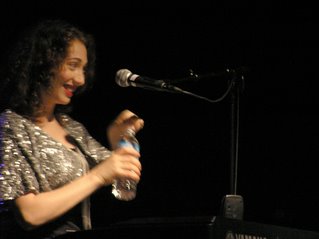 although i found her a bit frightening (she was so soft spoken and fragile looking that i figured if she DID get mad... boy howdy). this was compounded by her request for no more flash pictures being ignored by most of the crowd. and then some girl up front was either talking too loudly or singing too loudly or something because Regina asked her to keep it down. my goodness. what's WITH you people?! and then i watched as this large fellow up in the very front row videoed the entire concert. i dont get some people. 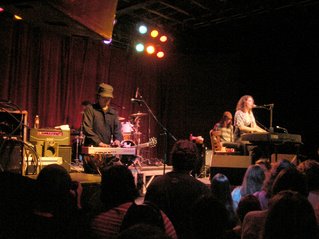 seriously though, we wouldn't have gotten in. we only had one ticket and there were tons fo people looking for tickets. long story short, after waiting and asking around for 1.5 hrs, just before we got to the door, the group behind me, who i'd shared words with, made it known to me that one their friends would not be joing them on their will call tickets. yahtzee. we were in. marvelous. 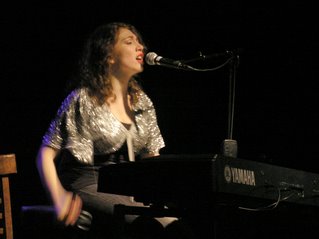 i'm not sure what else has happened since then. we've been watching Lost from the beginning. what a great show. Prairie Home Companion was a funny (but odd) movie. in fact, it was quite hilarious at times. great cast. Garrison Keillor is so brilliantly dry. Friday, jess and i went out to eat Logan's and watch Casino Royale over in Mt. Juliet. it was fun. and what a fantastic movie. i thought it was the best one i'd seen since maybe Goldeneye (possibly better (in a different way)). 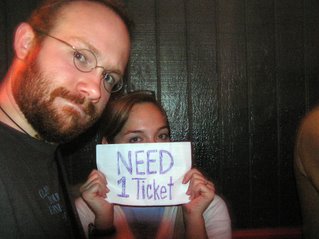 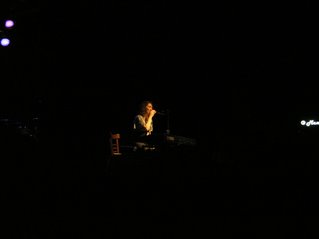 The Black Keys at the Mercy Lounge

i'd never been to the actual lounge portion of said Mercy Lounge, only the Ballroom. it was fine. crowded from the sold out show, but a nice place. i dont necessarily recommend standing in front of the 48" woofers up front, but they provide a nice breeze. 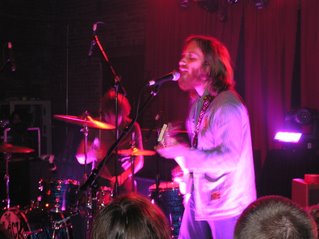 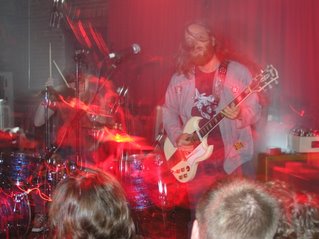 i gotta tell you. i did not enjoy the Black Angels. i was very disappointed with what they produced with 6 bands members. it was a lot of noise, few chords changes, and too many guitar solos. especially compared to what the Black Keys did with merely 2 people. i just couldn't get behind that. 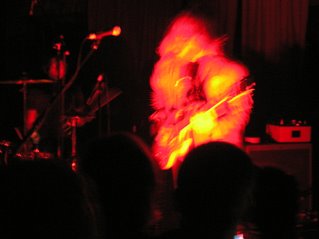 the Black Keys had a sweet light show going on, which i was thoroughly impressed by. i guess there's a reason it cost $20 (over the normal $10 shows i go to). not to mention they sounded incredible 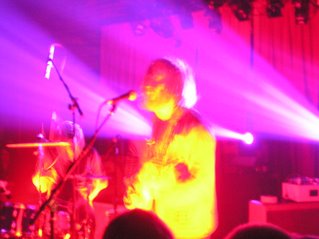 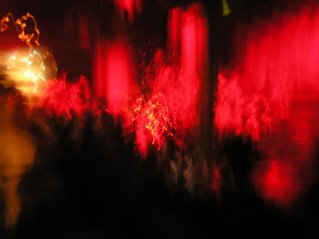 (i don't even know what this was. it makes a great background though.)


this was funny. can you find todd? HINT: he's the only one without his hands in the air. huh. i joke, but i'm the same way. 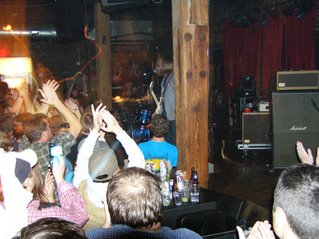 i put up a couple other videos too. all of todd's are better because he was pretty much on stage, but... this isn't todd's blog.

jordan's birthday... the other day 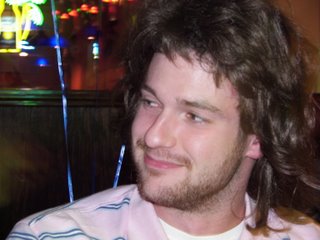 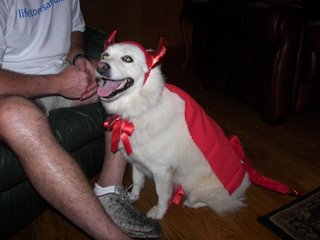 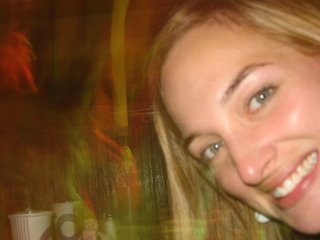 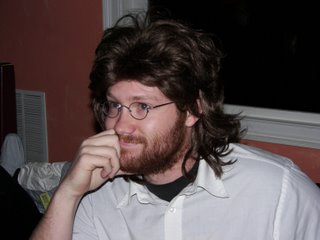 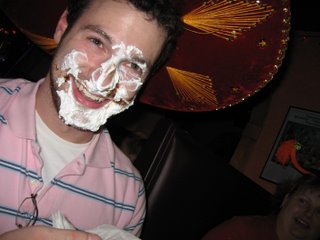 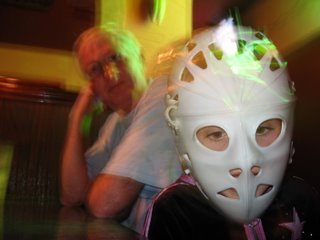 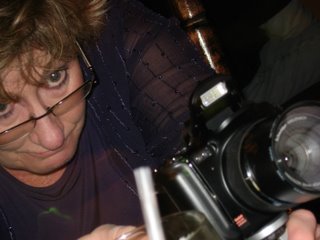 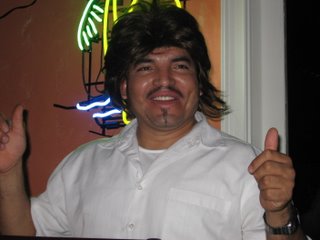 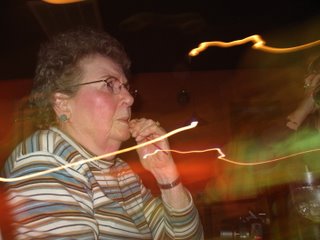 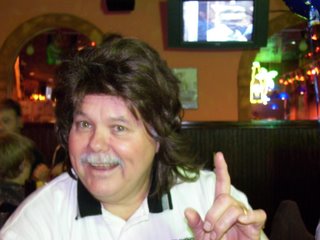 i made this at work yesterday

it took a while to convince everyone to wear the wig, but it totally paid off. 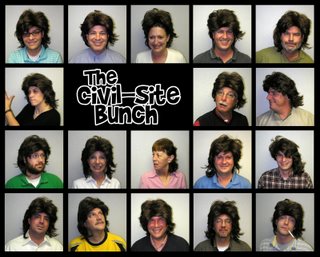 you'd be amazed how resistant some people are to wigs and self-depricating humor.
Posted by Josh at 10:05:00 AM 3 comments