(i had just wondered for a while. this isn't relevant to anything.) 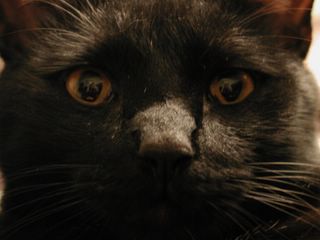 dudley is not a ponce

so after i assisted in helping everyone get last friday off, i was excited about the 4 day weekend. it was a pain to get that extra day though. sheesh. my company values a work a bit too much at times. when everyone else in the world is off and you arent, i dont know, it seems like you shouldn't have to choose between family and work at times like that. but everything worked out great.

we went and saw harry potter on the IMAX last monday. it was an awesome movie.

let's see, our first major holiday married went pretty well. we got to visit both our families (mine probably more, but i had my aunt and uncle in town whom i really like hanging out with (i think jess didnt mind too much)). obviously, the worst part for everyone was the feeling of this impending doom looming overheard because we just dont know what's going to happen with my parents. other than that though everything was great. we (some of us) got up and out the mall at 6 to hit some deals. i got a couple 1 GB flash drives for $20 and some 10 mile walkie talkies for $15. it was crowded though. i dont know why i ever even go into Best Buy. what a nightmare.

we got a washer and dryer the other day. i dont know if i mentioned that. it's a nice comfort. and for $175, it was totally worth it. it takes a lot of the "school" feel out of living (the bad part of school).

we got hit by a drunk driver (for the first time in my life) sunday morning about 1.0 am. we were just about to exit off 40W onto Briley Parkway when i saw the guy coming up on us real fast. i knew he wasnt going to be able to stop. so he ended up hitting the driver's side rear bumper and swerving back onto the interstate. so as i slammed on the brakes, i looked up in amazement as he drove off. well, i wasn't "okay" with that. so i threw it (the civic) in reverse, backed up onto the interstate, and pedal to the floor. it was a wierd feeling. it was like, i didn't care about anything except cathing up to this guy. and we did. i was flashing the lights and honking the horn and everything, but he just seemed totally oblivious to it. and i totally didnt even think he was drunk. i figured he was either handicapped or foreign or something. so i followed him until he finally pulled over... onto a 3 foot shoulder! idiot! i thought we were going to get killed trying to pull over onto this shoulder so i finally pulled around him (he still didnt seem to understand what was going on only furthering my thought that he was retarded) and got him to follow us to the nearest exit, which happened to be 212 Hermitage Ave (a very shady exit). but we found some street lights and pulled under those and waited for the cops. i was pretty nervoous when we finally pulled over. i didnt know if this guy was going to be violent, if he had a knife, gun, what. but i had been praying (and i know jess had too) so that (and my frustration and confusion and anger) overode my fear. it took me almost a minute to realize that he wasn't mentally handicapped but was in fact drunk. after that realization i felt better about the possibility of fighting. so i pretty much stalled him for 10 min while we waited for the cop to arrive (note: this is 20 min faster than the UT police ...on the UT campus!) drunk people tend to repeat themselves a lot when you just nod and say "yeah" a lot. he kept saying how "really, you guys got over and hit me!" and i was like, "yeah..." once the police arrived it didnt take him long to figure out he was drunk and arrest him. the cop was really nice. he was around my age i think. he was like, "how'd you get down here?" (after i told him where the accident had occured). "i followed him," i said with a hint of smugness. i think he smiled at that.

then we went home and slept. all things considered, this went as well as it could've. when you think about how badly it really could've gone it makes you really appreciate and see the things in life that truly are important. and it's kind of wierd because not many things in life are actually important at all. really, it seems to come down to your relationships. with God. with family and friends. in all honesty, what else matters?

oh my gosh. these just crack me up...

Michael: So I thought you might want to read it seeing as how you are the President now, even though it’s just a title. 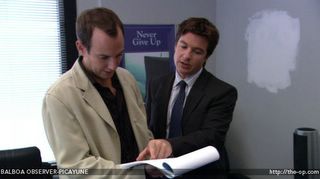 Michael: “Circumvent.” It means “to go around.”


from Let Them Eat Cake

G.O.B.: What about hash browns?

Kitty: No, because hash browns are potatoes.

G.O.B.: So, you really can’t eat anything on this diet. Wow, I wonder how this is going to affect my honey business.

Kitty: G.O.B., I have seen you get passed over, time and time again by your family. You don’t deserve that, you’re smarter than them. 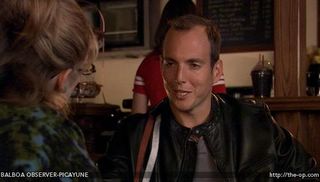 
from The Immaculate Election

Michael: What do you need the camera for?

G.O.B.: I’m making a magic video. I’m going to tape myself doing tricks around the office. I’m calling it Tricks... let me finish... Around the Office. I figured out a way to make money while I’m working.
Posted by Josh at 3:20:00 PM 2 comments

i can't even write how happy i am

oh my gosh. this is incredible. my hard drive crashed last year taking many documents and pictures and everything else with it. well, i got most things back, however, amongst these recovered items my music (the actual written out copies in Cakewalk) were no where to be found. this was incredibly dissapointing to me because (and you can ask scott) i spent a lot of time writing these things out years ago because i enjoyed it so much. there were several that just meant a lot to me (so i put them on my website) and i didnt think i'd ever see them again. but! i just recently found the old Cakewalk Demo CD that i'd used back 5 years ago and installed it on my computer at work. i just called Hazel Hawn (i cant think of the link where i wrote about her) and was trying to find where i wrote about her when i thought i'd look at my music page i decided to download them all and listen to them when it occured to me that cakewalk can open up midi files. so i figured, "i don't know. what the heck?" and it brought up the sheet music! incredible! my lost music is back! i mean, i dont know if i'll ever play them again, but they mean so much to me. The Star Spangled Banner i wrote for Jordan's Eagle ceremony, Hymn to the Fallen we played on senior night. i mean, i'm just... so happy.

man, i wish it was one day. at least it'd be over by now.

life isn't the most fun now. it's not that i cant find fun or that i'm not having any fun. it's just that... i'm not having fun. even as i write that i realize how many great things i have. but this stuff with my parents is just wearing me down (and i've only been truly in the midst of it for a week now. i knew about the situation in general for 6 months and it wasn't that i didn't want to help; i just didnt think it was my place to do more than listen and comfort.) like, i don't even want to stop doing anything because it'll give me time to think about it. i've been playing guitar and listening to music just non-stop to keep my mind occupied.

you think just graduating's hard? try graduating, getting married, working 50 hrs a week, and having your parents try and get divorced all in 6 months. not to mention the fact that jess and i are not living in Mt. Juliet or Knoxville for the first time in 5 years and we don't have a steady church yet. we have to drive 6 mi to go exercise and neither that nor internet is even close to being free.

i'm just glad i have jesse with me. this would not be fun without her.

and it's not that i'm truly worried about my place or what's going to happen with our lives because i know God has it and i'd much rather Him have it than me. even though i know all this, it still doesnt mean i'm having a good time. it's like, for the past 5 years i've had the overall goal of graduating and getting a job. well, i've done that, so now what do i do? where do i go from here? where do we go from here?
Posted by Josh at 6:50:00 AM 1 comments

Blue Ball Machine (who has this much time??)

What the crap is going on in France??

for that fact, what's going on here?

my dad got a new car this weekend. a brand new Mustang GT (2005 or 2006; i cant remember). and it is incredible. 300hp - 0 to 60 in 5.2 sec. it is a blast. you can probably hit almost 50 mph in 1st gear. as you can see, it's bright yellow and a convertible. the best convertible i've ever sat in. really comfortable and and an awesome exhaust sound. theres just something spectacular about driving around in a car that you know can take off like nothing you've ever seen at the drop of a hat. man, when you hit the gas, it responds. fast. your insides just shift to the back of your body. oh and talk about adrenaline rush.

(i think he needs to get some black stripes put on it.) 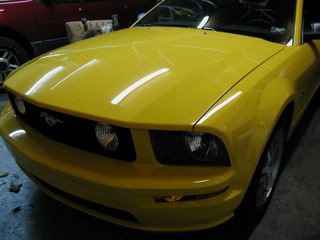 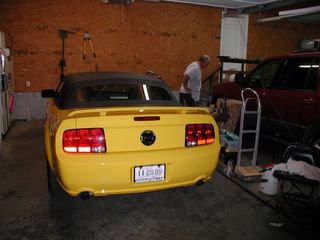 and you can change the LEDs behind the gauges to many different colors. 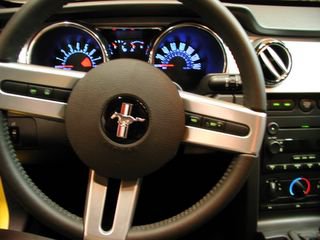