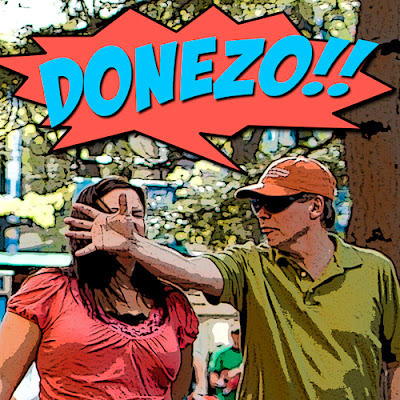 This is part one of the recent music in my ears. Part II will be more band (non-electronic) oriented. So rather than mixing bluegrass between club bangers, I'll just keep them separate. However, to call these club bangers would be... inaccurate. There are a couple mainstream-ish songs, but at least half of them are of kind of wacky and by artists I've never heard of till recently. All of them very cool in their own way. So check 'em out and turn up your bass. (Well, for some of you, turn down your bass. Scott.)

DOWNLOAD
Stay tuned for the next mix. It's going to have some solid tunes on it.

Tom: Meeting in one hour, if you don’t make it you’re on my donezo list.
Ben: Oh, what’s a donezo list?
Tom: It means you and I are donezo. Hangin’ out gettin’ food together, donezo. You wanna come over to my house and play video games? Donezo. Hey Tom, you wanna come play putt-putt with me? No, we’re donezo. 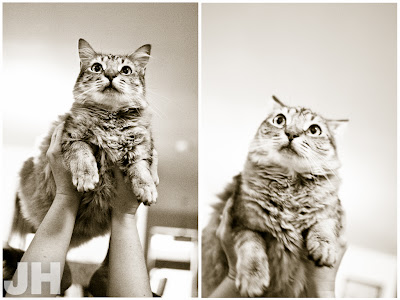 Looks like a Scottish Fold on the right!
Posted by Josh at 6:50:00 PM 0 comments

The Only Watch of Its Kind 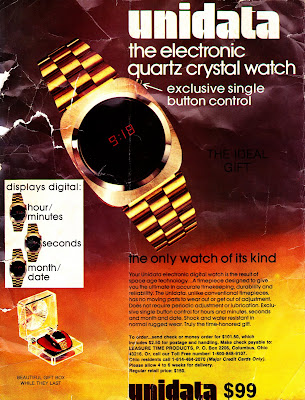 Found this in an old magazine the other day. Pretty awesome. Gold AND digital. A rare and valuable combination. Plus the benefit of just one button over the usually pesky four. I know I personally wish I could toggle through all my watch's option with a single button. So much more convenient.